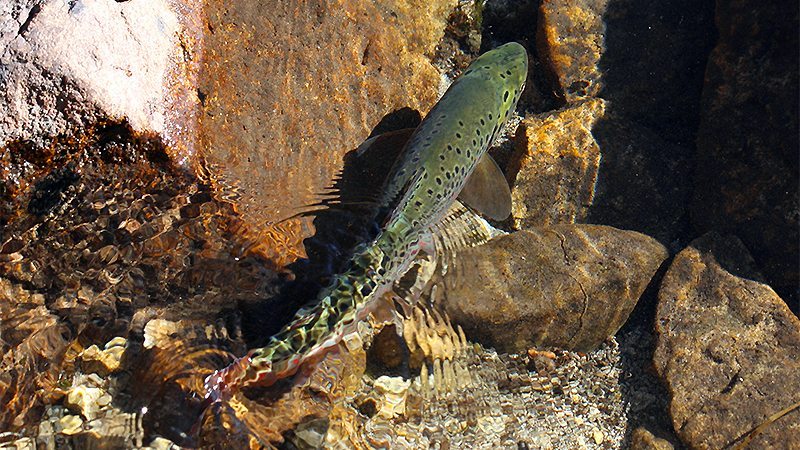 As I lay down above them, at arm’s length, I wanted to stroke them. My hand even reached for the water. 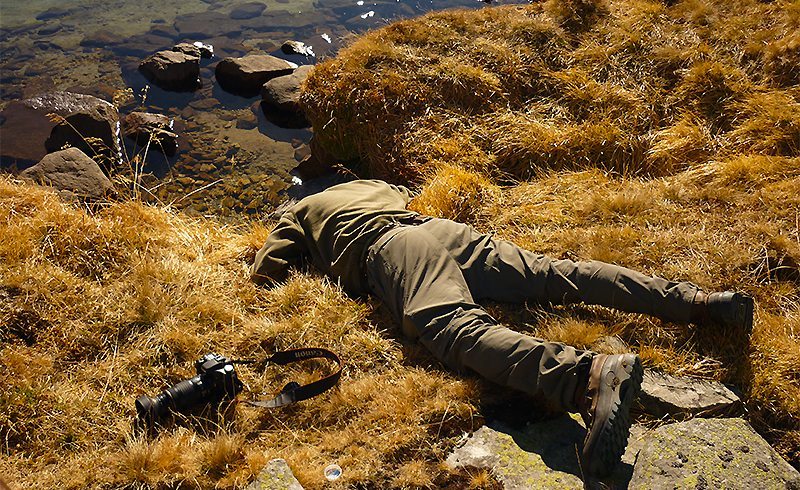 A thoughtless gesture, which would have perturbed the idyll. I stood up. The fluid alcove where the lovers seemed to ignore all dangers was proof, yet again, of the innocence of life. 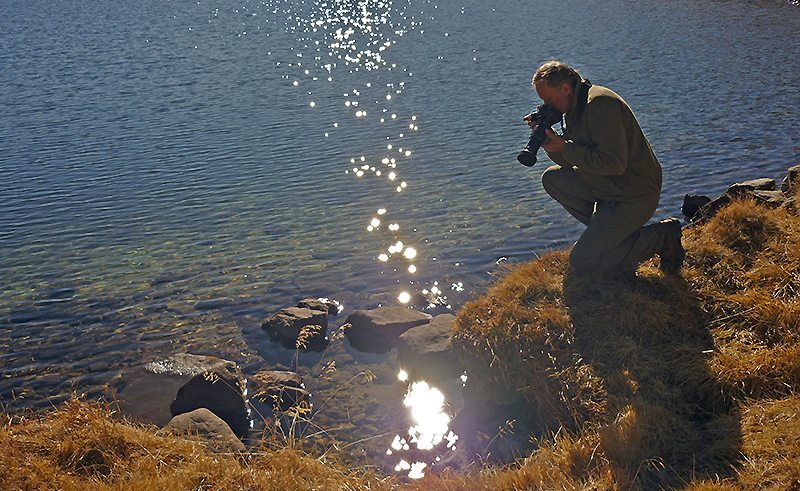 Of a candour which turns the ravenous gesture into murder. Come October, the fishing forks of the insatiable will take away the trout and the romance from these unspoiled waters.

In the grassy shelter of the riverbank, as she was laying her spawn, he awaited his turn. 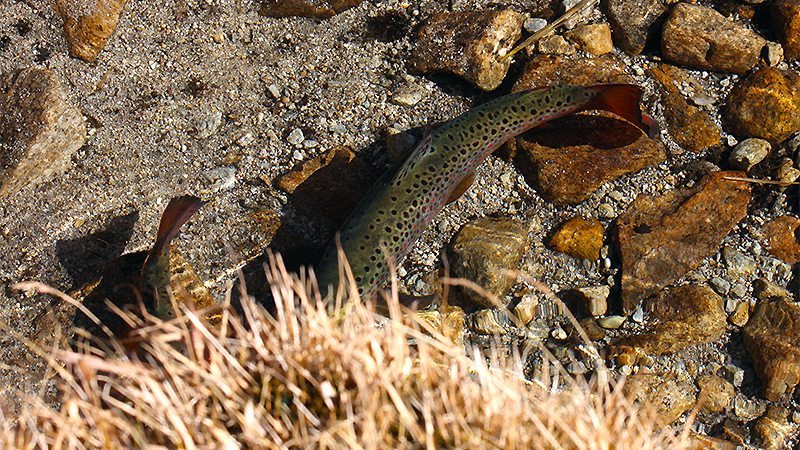 I later saw him withdraw. At peace, it seemed. His mission had been fulfilled. But it had been no mean feat. The crown of his head bore the marks of needle-sharp teeth, scars from a conquering past. 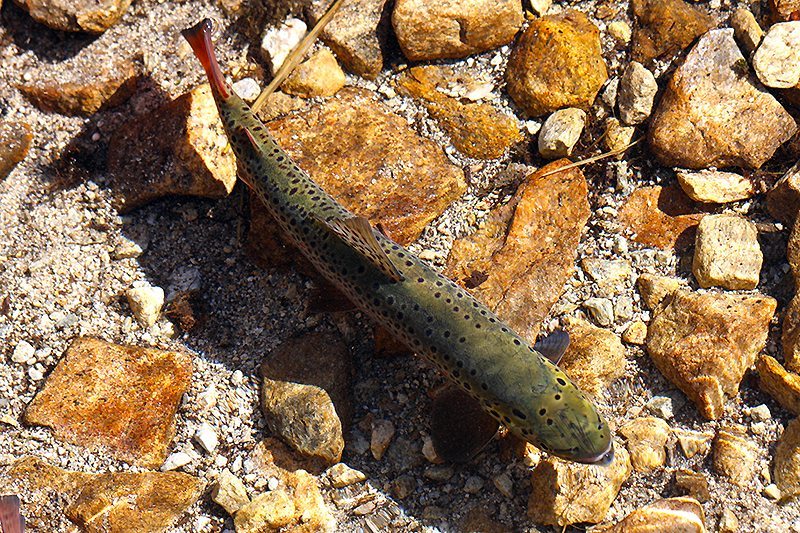 A dorsal fin touched air, and in that brief moment the ripples revealed the water. I discovered it with amazement.

It all seemed to be happening in a patch of the sky.