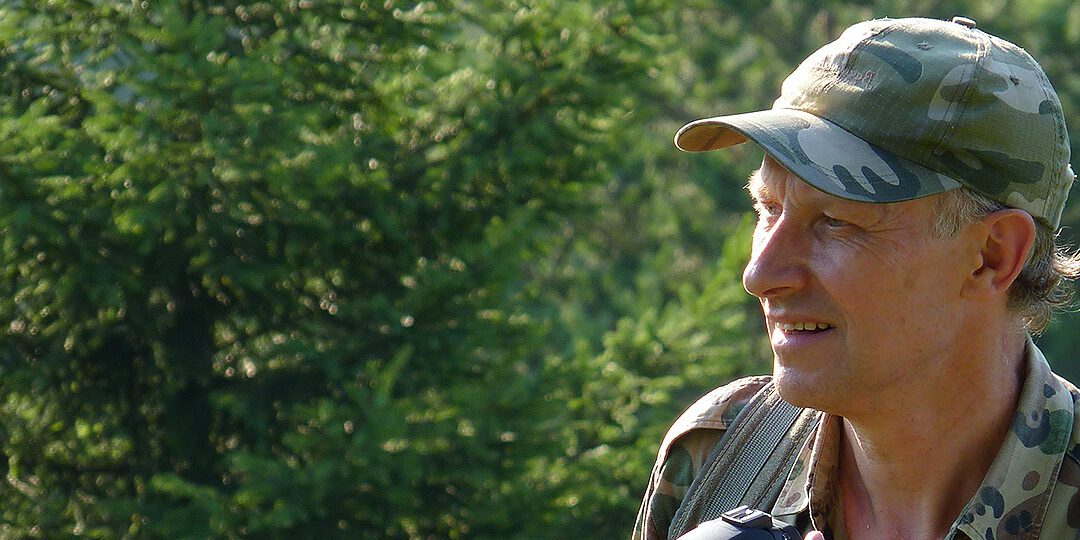 Eco-art – the chance of a new educational system 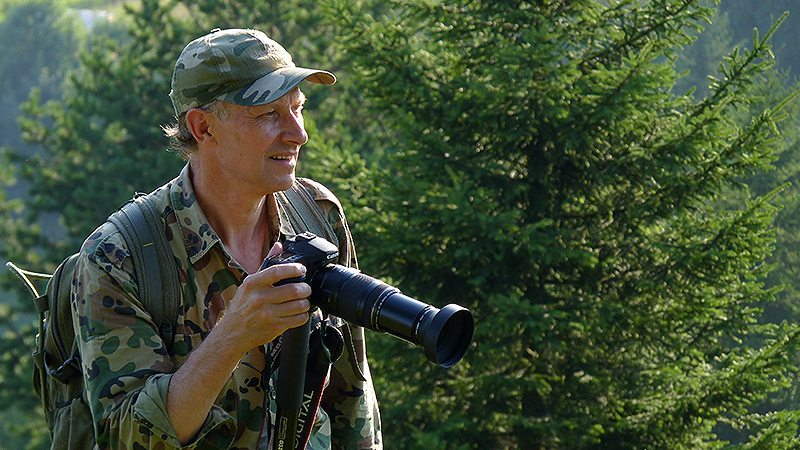 In 1956 The Roots of Heaven, the novel that was to bring Romain Gary the Goncourt Prize, was published by Gallimard. Seen by critics as the first ecological novel, it generated another piece of socially engaged art – the eponymous movie by John Houston, starring Errol Flynn, Juliette Gréco and Trevor Howard. The promise of art seemed to herald a new era of conscience and awareness. Set amid the beauty and bounty of French Equatorial Africa, the actions of Morel – the stern defender of elephants that is the protagonist – are a powerful symbol of how devastating greed can be, sacrificing both our minds and our surroundings to the false promise of progress and development.

In 1980, in the preface of the second edition, Gary reflected upon the novel’s legacy and its mass effects. He recalled how, in 1956, in a meeting of twenty high-profile journalists, only four knew what the word “ecology” meant.  Twenty-four years later, the world had not awakened to an awareness of the global good. “Times have not changed at all since the first printing of this book: just as easily, we continue to determine people’s fate in the name of their right to self-determination. The diffusion of ecological consciousness founders upon what one might call the inhumanity of the human”, he wrote. Still, true to himself, he added: “Across the world, forces are gathering, with determined youths at the vanguard of the fight. The name of Morel, the pioneer of this fight and the hero of my novel, is unknown to them. But this does not matter. The heart does not need a new name. People have always given their best for life to keep a certain kind of beauty. A natural beauty.” In a marked contrast to the rest of the preface, his words carry the timid promise that mankind has yet to become what it can be. A few months later, as a bullet from his own revolver released Gary from his earthly concerns and his concerns for the Earth, this promise was lingering on.

Sixty years have passed since The Roots of Heaven was published, and we have since stepped into a new millennium. Today, the word “ecology” is well-known, too well-known. Those that speak it are many – a good omen, perhaps – yet those that practise it are still too few. People that are now of my age were once the youths in which Gary had placed his hope and on which, inchoately and silently, the Earth was counting. Yet, as greed takes its huge toll, my generation seems more determined than ever to tread the same dangerous and commonplace path. Now having reached “maturity”, those youths have become the new plutocrats – the entrepreneurs and successful warriors of today. As Gary said in The Man with the Dove, “nothing succeeds like success”: it is the twenty-first century and the powerful few continue to determine the fate of the nature in the name of the right to self-determination. The wars of the present export “democracy” only to the places where the land is floating on seas of oil, covered in millenary forests or covering veins of gold – in short, where there are resources fit for exploitation. “I do not crush the world’s corolla of wonders/ And with my mind I never slay the mysteries I meet”, wrote the philosopher-poet Lucian Blaga. How many people have understood this message, at once desperate and resigned?

For a while now, copying a Western model, Romania sees the periodic publication of a strange book. Called the Top 300, to me it seems more a catalogue of vanity than of success. In its pages are the smiling, satisfied, yet lifeless faces of my generation, ranked strictly according to the size of a bank account. Yet beyond these numbers lie the same hallmarks of “progress” and “development”: the accumulation of gigantic properties and resources used discretionarily, alongside the well-known endorsements of hyperconsumerism. ‘I, too, crush and monetize the world’s corolla of wonders’ would be a fitting slogan.

This slogan is the guiding thread of a book published not too long ago, called Confessions of an economic hit-man. It sees its author, John Perkins, repent publicly for having devoted his life to a murderous goal: the destruction of life and the restriction of freedom on Earth. Alongside fellow official delegates – ‘economic hit-men’, as he called them – he had worked to annex “underdeveloped nations” onto the corporate empire, by ensuring that national leaders complied with the signing away of territories, resources and forms of life. The promise of progress, development, civilization and prosperity left behind only poverty and death, in no little part a reflection of the spiritual impoverishment of the decision-makers themselves.

As libraries are awash with pertinent exposes of a cruel system, Perkins’ testimony is too little, too late. Still, it has the merit of showing the simplicity of his mission and the certainty of its success, by highlighting the ways in which human conscience – whether of the layperson or the leader – can be perverted by the ‘world school system’. Having to persuade ‘third world’ leaders that their countries are in urgent need of progress and development, Perkins readily found the politicians already convinced by this ‘self-evident’ truth. For both sides, progress had nothing to do with the human spirit, being little more than a conglomerate of highways, airports, tunnels, residential areas and power plants – mega-constructions not motivated by public support or economic viability, yet with dramatic long-term environmental effects. For each of these investments entailed the reduction of natural surfaces – forests, fertile soils, water – as well as complex ecological imbalances, ranging from noise pollution to chemical and radioactive discharges.

So, what is the link to the world school system? An incisive answer comes from Jacques Yves Cousteau: “Unfortunately, as our universities reflect the morality of the market, they do not produce good citizens, by inoculating a permanent sense of fierce competition based on success, money and more money. Young people are pushed headlong into the social trap that is the mentality of immediacy’. John Perkins’ book is further proof that schooled political leaders, sincerely mesmerized by this dry vision of development and progress, could knowingly sacrifice their national interest for the sake of an ecologically barren future.

However, it would be a serious mistake to rest the blame with the teachers from our schools and universities, insofar as they are themselves the product of similar education, dominated by competition and ‘having’ at the expense of communion and ‘being’. Progressively alienated from nature by a life among asphalt, concrete and screens, it seems only direct hardship holds the prospect of a rude awakening for the ‘new man’. As Romain Gary wrote in The Roots of Heaven, “anyone that has known hunger, fear or forced labour begins to understand that protecting nature is of direct concern”.  While is easy to see why hunger, fear and forced labour are more easily borne in the midst of a living, generous nature than in a desert, are we destined to only truly understand this with the benefit of hindsight?

The ancient man – living in nature, earning respect by respecting divine laws – became ‘the master of nature’, harnessing machinery to impose his temporary lawa. Yet though nature periodically shows the errors of his ways – it only takes a tidal wave or an earthquake to cancel ‘progress and civilization’ – he seems to have learned little. Still, despite the world educational system working impeccably and misguidedly, ecology is penetrating the conscience of more and more people. Romain Gary was confirmed in his reserved optimism, since there have been ‘determined youths’ in my generation, combining the experience of nature, artistic talent and communication, and finding new ways of disseminating a generous message.

Still, the system labels nature’s most radical defenders as eco-terrorists, with the FBI unequivocally defining this phenomenon as “the use or threatened use of violence of a criminal nature against people or property by an environmentally oriented, subnational group for environmental-political reasons, or aimed at an audience beyond the target, often of a symbolic nature.” While one can readily understand why violence should be denounced and punished, it seems that destroying the tools that destroy nature becomes a crime, if they happen to be the property of anyone in the system. The notion of property trumps the truth of life.

Yet the environmental educational ‘para-system’ developed spontaneously, through the help of engaged artists, peaceful and obstinate people who understand that knowledge must pass through the heart to reach our conscience. Only then can information become wisdom, replacing man’s isolation with a sense of communion with the fellow beings hosted by the common abode that is the Earth. These teachers have told the world that the real eco-terrorists lie behind closed doors, crushing the ‘world’s corolla of wonders’ under the cover of self-serving laws. Drawing on their wide sense of communion, engaged artists have shown that the true price of greed is the suffering and agony of the Earth.

Working to serve a new spirituality, this type of art – eco-art – reaches people by appealing to their souls, not just their minds. Ranging from painting and sculpture to movies, photography, literature and music, eco-art should be urgently incorporated into the curriculum for all ages, replacing the dry and pedantic manuals of ecology. Targeting only reason and memory, courses on the concentration of greenhouse gases cannot instil compassion for animal suffering or revolt at the irreversible destruction of the ‘natural beauty’. Nor do they teach young people the generosity of thinking about individual risks alongside the threats to all future inhabitants of the Earth. Thus, it is imperative that future education comprise the study of eco-engaged art, turning towards the great divine work that is our world as a testimony to the fact that ‘beauty can be just as helpful as utility’ (Voltaire).

All in all, the fact that nothing can flourish as life is destroyed is too important a truth for our young to discover it by accident – and political will must acknowledge this. The words attributed to the native American chief Seattle say it all: ‘if all the beasts were gone, man would die of a great loneliness of the spirit. For whatever happens to the beasts, soon happens to man. All things are connected. Whatever befalls the Earth, befalls the sons of the Earth. […] Even the white man cannot be exempt from the common destiny.”